Looking To Rent a Moving Truck?

How Much Fuel Will You Need For Your Moving Truck? 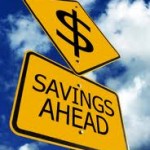 Using a rental truck can really help you cut down on the costs associated with moving, but you should still have a budget that prevents you from spending too much money. There is one thing that you are going to have to factor into your moving costs when you use a rental truck, and that is the cost of fuel.

In just the past four years, the cost of fuel has almost doubled while the average income has actually dropped. This has caused problems for some people, and it can really make moving more difficult. You are going to need to keep a watchful eye on your fuel consumption to avoid going over your moving budget. What you need is a way to determine how much money you are going to need to spend of fuel. You need some sort of rental truck fuel calculator, but before you can even start to calculate the cost of fuel for your rental truck, you are going to need to know some basics about the different moving trucks that are available

They can haul a lot of stuff. This means that they have big engines. Big engines will require more fuel to operate them, and with a fully loaded cab, it takes even more fuel to get everything moving. Let’s face the facts here. Rental trucks do not get the best gas mileage, and you simply can’t expect them to. It is just part of the trade off that comes with being able to haul so many things at once.

If you look at the most fuel efficient vehicles on the planet you will notice a few things. Most of them are very small, and most of them are very light. These are two things that a moving truck are not. Rental trucks are big and you will be hauling all of your stuff so they will be heavy. Here are some average fuel consumptions for rental trucks.